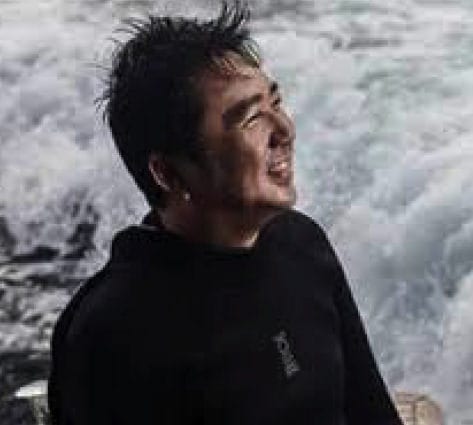 Dr Richard Smith combines an in-depth academic knowledge of the marine environment with a goal of educating and impassioning people about the ocean through his images.

Diving allows Richard to indulge his love of natural history and through his skills as a photographer he is able to communicate his love to a wider audience. Richard’s academic background enables him to document the ocean realm with unique and stunning images.

His undergraduate honours degree in Zoology and Master’s in Marine Ecology and Evolution were followed by the first ecological research on pygmy seahorses.

In 2007 Richard began researching for his PhD on the biology and conservation of pygmy seahorses, which was awarded in April 2011. His work focuses on the gorgonian-associated species, Denise’s (Hippocampus denise) and Bargibant’s pygmy seahorses (Hippocampus bargibanti). His focus was population dynamics, reproductive and social behaviour, habitat use and conservation. Richard’s ground breaking research found these diminutive fish to be surprisingly pugnacious and promiscuous, have one of the lowest population densities of any seahorse and be sensitive to certain actions carried out by divers, such as the use of bright lights and accidental touching of them or their gorgonian home.

Set sail from Sorong at the western edge of Papua, for a 12-day/11-night cruise, ending back in Sorong. Raja Ampat offers the most striking biodiversity on the planet. Famous dive sites such as Misool, Dampier Strait, Manta Sandy and Boo are all on the agenda. This area is known for its vibrant underwater colours but also its majestic landscapes, making it a perfect destination for keen photographers. The only problem with diving here is that you’ll be so spoiled by the near-perfect conditions that you may never want to leave.

As many divers know, Indonesia is located in the very centre of the Coral Triangle and the variety of species seen underwater is truly astonishing. In certain bays and around small islands, you can find more species than in the entire Caribbean. In Raja Ampat, Gerald Allen (world-famous ichthyologist) counted the incredible number of 284 different species of fish during a single dive. In the same area, 465 different species of corals were found. As a result, scientists nowadays believe that this destination is the world’s current no. 1 spot in terms of biodiversity.

In terms of water temperature and recommendations for wetsuits, for most dive sites in Raja Ampat you can expect 27-30C+ (80-86F+) so a 3mm wetsuit or even a skinsuit is usually fine. For repetitive diving days you may start to notice the cooler thermoclines more than usual, so prefer to wear a slightly thicker wetsuit and/or a hood, but usually 3-5mm is sufficient. We don’t recommend gloves as this can encourage divers to touch corals or delicate reef areas, but for night dives, where you could be more likely to bump into fire coral etc, many divers do prefer earning a full length suit and hood/gloves.